To register your trademark with the U.S. Trademark Office, you have to submit a “specimen” showing:

Lots of people find specimens confusing. Let’s see if I can help with that.

Specimens of things you can touch are pretty straightforward: You submit a picture of the thing or the thing’s package. The picture above has images that could work as specimens for 34 different trademarks.*

But what kind of specimen does the Trademark Office want for something you can’t photograph, like computer software?

We used to submit pictures of the disc. Here’s the specimen submitted by AOL for software in 2006.

Today, most software is either downloaded or SaaS, so what do we use now?

To the right is an excellent specimen for the trademark QUICKBOOKS for SaaS: 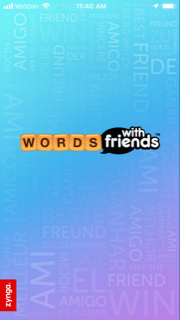 Here’s an excellent specimen for ZYNGA for downloadable software:

This is NOT an acceptable specimen for KISI for software. The trademark KISI doesn’t appear anywhere.

This is NOT an acceptable specimen for MINECRAFT for software:

You gotta have all three: The trademark; in use; for the goods and services in your application. If you’re missing any one of those requirements, it won’t work as a specimen.

If I had been more careful with way I oriented the stuff, there would have been 6 more:

Let me tell you about an arcane crevice of the law that covers flags and national symbols as trademarks.

Have I lost you already? Oh, c’mon. It’ll be fun. There are pictures. And a quiz at the end!

You can NOT register a trademark that includes the flag of the United States, any state, or any foreign nation.[1]  So the stuff to the left are no-nos. 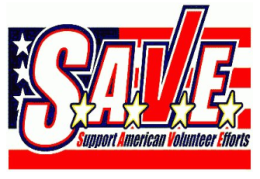 The trademark to the right is OK, because you CAN register a flag if:

You CAN register a trademark that contains a monument, statue, or building associated with a country. So, each of these is OK.

There are more than 150 statutes that prohibit use of certain other stuff as a trademark, for example: Boy Scouts of America, CIA, F.B.I., Four-H Club, Give a Hoot Don’t Pollute, Little League, Woodsy Owl.[2]

Quiz time! Which of these can be registered? Answers are below.[3]

If you didn’t enjoy this, blame Julie W. She suggested I write about it.

[2] There’s a non-exhaustive list of these statutes here: https://tmep.uspto.gov/RDMS/TMEP/current#/current/TMEP-Cd1e1.html

When most people think of trademarks, they think of words like Coke® or logos like the Nike® swoosh but trademarks can be anything that tells you where a product or service came from, like the shape of a bottle or building, or a sound or smell.

We can track the rise of sound and smell trademarks because they are filed under “Mark Drawing Code 6” for “situations for which no drawing is possible.” The first application under Mark Drawing Code 6 was filed in 1947. Here’s how the trademark is described:

Can you figure out what this very familiar trademark is just from the description? If not, try singing or whistling it or you can just check out the answer below. 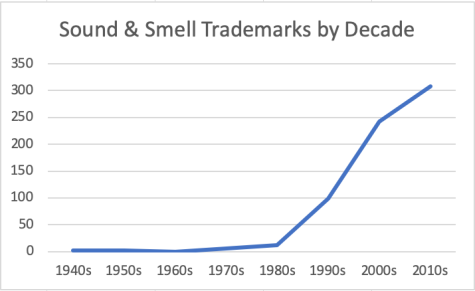 There were only two applications for sound and smell trademarks filed in the 1940s.

There was a total of twenty filed from 1950 through 1989, then things really took off.

So far in the 2010s, there have been 308 applications filed for “situations for which no drawing is possible.”

You are immersed in these sounds all day. Can you identify these familiar sound marks? (Answers are below.)

How many could you guess? How many others can you think of?

The musical notes played on chimes is the NBC trademark.

The other sound marks are: