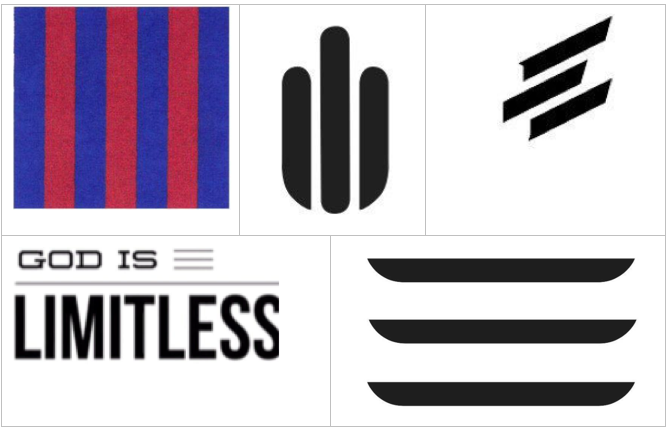 No? You can’t figure out who’s going after Futbol Club Barcelona’s jersey stripes, Huck Faters’s stylized bird-flipping, Turner Sports’ stylized “E”, God is Limitless’s . . . whatever that is, and Tesla’s stylized “3”?

Here’s a hint:  They make clothing and shoes, but are best known for their shoes.

Scroll on down for the answer.

It’s Adidas®, THE BRAND WITH THE THREE STRIPES® .

Were you confused into thinking that Turner Sports was connected to Adidas?

Did it seem to you that Tesla had adopted the three horizontal lines to capitalize on Adidas’s fame?

I’m all for going after infringers. I completely understand the need to protect a trademark or risk losing it, but I think it’s possible to go too far.

What’s next? Suing Calphalon® if they use a picture of a frying pan with three strips of bacon? Forcing the U.S. Navy to change the insignia on a seaman’s uniform? Going after Verizon® when it provides good, but not great, cell phone coverage?

2 thoughts on “Three Stripes, You’re Out”